By clicking "Accept all" you agree to the storage of cookies on your device to improve navigation on the website mamazzita.com.mx, analyze traffic and assist in our marketing activities. Read more.

The story behind esquites

Esquites are a culinary delight that most Mexicans enjoy, it’s easy to find them in any city in the country and there are many varieties, although the essence is the same.

The word Esquites comes from the Náhuatl word Ízquitl, from Icehqui "to toast on a griddle". They are considered a classic of Mexican street food and its preparation depends on the area of the country, but it could be said that currently the most common is the corn kernel boiled in water with salt, epazote, mayonnaise, cream, cheese with lemon and chili.

The old Aztec legends tell that esquites were created by Tlazocihualpilli, the only woman who ruled the Xochimilcas and who gave life to dishes such as Necuatolli, Atole with honey, or Tlapiques, wrappers in tamale leaves.

Fray Bernardino de Sahagún, one of the greatest historians of the New Spain, describes in his writings an ancient version of esquite, this dish was eaten during the celebrations of the goddess Cihuapipiltin, to whom women who died in their first birth were entrusted. It’s believed that with time and creativity the esquites as we know them today emerged, although they are considered mestizo preparations, because their origins are pre-Hispanic: corn, epazote and chile, but many other key ingredients such as lemon, had to be added later with the arrival of the Spanish; it’s believed that cheese and mayonnaise, were part of the French influence of the nineteenth century.

Nowadays, you can find them in every fair, zócalo, popular festival or central park. They are essential in Mexican culture and a snack that unites families.

At Mamazzita we have reinvented this Mexican classic and added Caribbean lobster, making it one of the stars of our menu. The mild flavor of the lobster and the tender white corn make it a total delight for your palate.

On your next visit to Mamazzita Cancun don't forget to order them, you won't regret it. 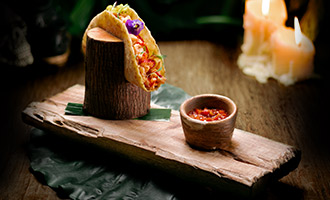 5 keys to a good taco 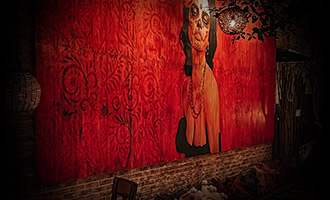